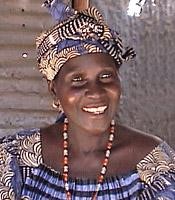 This wide-ranging, richly discussible documentary provides an unparalleled opportunity to experience everyday West African life and viewpoints from the ground level. The film presents a sensitive set of interviews with a variety of engaging West Africans and allows them to speak for themselves about the everyday realities of their lives and the effects on them of the economic, political, and ecological issues confronting the region and the wider world. Filmmaker Nathaniel Cogley proves to be an ideal interlocutor, drawing unrehearsed and thoughtful commentary from villagers, barbers, butchers, market vendors, hunters, craftsmen, officials, and others in Senegal, The Gambia, Guinea-Bissau, and Sierra Leone.

Dakar to Port Loko: Perspectives from West Africa is divided into four parts, each exploring a different country and a different set of issues. The film is specifically designed for classroom use. It avoids the biased and the sensationalist commentary that so often characterize documentaries on Africa, instead focusing solely on the Africans’ own perspectives and opinions. The film’s open-ended presentation will stimulate thought, analysis, and discussion in a wide variety of classes in African studies, economic development issues, cultural anthropology, and Third World studies. It was produced by Nathaniel Cogley.

Adding to the film’s educational appeal, the DVD was completely authored by the filmmaker and features some of the best contemporary West African music available. It comes with an accompanying set of discussion questions that highlights some of the key issues and concerns covered in the film.

One year after September 11, 2001, images of both the United States and Osama Bin Laden criss-cross the vibrant and energetic streets of Dakar. As the capital of a democratic, pro-Western, 90% Islamic country, individual opinions here truly represent the widest of spectrums. In their own words, Senegalese air their views on United States foreign policy, September 11, Osama Bin Laden, President George W. Bush, and former President Bill Clinton. Runtime: 16 minutes.

Part Two: How Do You Make Your Dalasi?; Serekunda, The Gambia

With a GDP per capita of $278 per year (76¢ per day), The Gambia, like most other West African countries, ranks near the bottom of nearly all of the world´s economic indexes. Nevertheless, visitors to Serekunda´s sprawling shops and market places are likely to be surprised at the vibrancy of economic and entrepreneurial activity. While poverty remains a fact of life for most Gambians, even a modest amount of dalasis (Gambia´s local currency) must be earned through constant engagement with the market place. A perfect complement to dry economic statistics, a variety of small-scale entrepreneurs in The Gambia describe, in their own words, how they “make their dalasi.” Runtime: 20 minutes.

In the remote Cantanhez Forest region of southern Guinea-Bissau, a number of community-based conservation projects seek to provide both protection of the natural environment as well as economic development to local communities. The film examines the successes and challenges of such projects and presents commentary from a variety of local actors, including the director of a community radio station, the vice-president of a local women´s association, the director of a small-scale loan scheme, a government forestry worker, a hunter, a local chief, and many others. The film includes rare footage of Africa´s westernmost chimpanzee population and explores their complex interactions with local communities. There is also a charming and impromptu dance performance by local children. Runtime: 34 minutes.

From March 1991 to January 2002, Sierra Leone engaged in one of the most horrific and devastating civil wars of modern times. By the war´s conclusion, an estimated 50,000 people had been killed, 20,000 had suffered amputations, and more than 2,000,000 had been displaced. Nevertheless, due to a negotiated peace process, the vast majority of former rebels were granted amnesty and began a process of being disarmed and reintegrated back into society. Filmed in December 2002, less than one year after the end of the civil war, this powerful segment captures both amputees´ and former rebels´ reflections on their experiences during the war, their thoughts about each other, and their hopes and concerns for the future. Runtime: 25 minutes.

“A sensitive set of interviews with a variety of engaging West Africans that lets them speak for themselves. Too many such endeavors end up focusing on the interviewer and his personal agenda. Here filmmaker Nathaniel Cogley skillfully lets the Africans set the agenda and reveal the concerns, the complexities, and the dignity of their different lives. Highly recommended for classroom use!” — William J. Foltz, Prof. of African Studies and Political Science, Yale Univ.

“This film lets ordinary West Africans dealing with everyday realities comment on their lives; from villagers dealing with the menace of apes that pillage their crops to barbers and butchers assessing their business activities. The documentary is not fixated on the realm of the extraordinary. It avoids the heavy commentary that often overshadows the voices of the subjects of many documentaries. Both of these make it richer. Watch this film if you want to escape the obsession with the sensational that preoccupies most works on Africa.” — Ato Kwamena Onoma, Prof. of Political Science, Yale Univ.

“If you were able to send your students to West Africa, they might experience many of the situations and conversations presented in Dakar to Port Loko -ù that is, if they are as open, patient, resourceful, and curious as filmmaker Nathaniel Cogley. I recommend showing this film to students not only for its exposition of topics like development, the environment, and reconciliation. The film will also stimulate discussion about how to ask questions as students and researchers. Cogley´s respectful and warm relationships with his informants, the balance he strikes between placing himself in and out of the frame, and his attention to everyday detail will draw students´ attention to important issues surrounding interviewing and field research more generally. Most of all, the film is a pleasure to watch -ù beautifully paced, and animated by a fantastic selection of music from West Africa´s finest artists.” — Betsy Levy Paluck, Prof. of Psychology, Princeton Univ.

“Offers a fresh look at the economic, political, and ecological issues of this important region. The film provides an unbiased look at several West African countries, allowing West Africans to voice their concerns and opinions on everything from U.S. foreign policy to daily economic survival. In a time when so much news coming out of Africa gives cause for despair, it is refreshing to hear about the day-to-day lives of real Africans in their own voices. An additional benefit of the movie is that it exposes its audience to countries that are rarely discussed in the U.S. news, such as The Gambia and Guinea-Bissau. I will definitely be using parts of this movie in my African Development Economics class to stimulate discussion on the challenges facing Africa today.” — Jorge M. Aguero, Prof. of Economics, Univ. of California, Riverside

“A unique and extremely effective educational resource. I highly recommend this admirable documentary for classroom use. It identifies everyday challenges that Africans encounter, properly depicting aspects of African culture to Western European and North American viewers, who have been conditioned by years of graphic pictures and nightly reports to maintain a degree of detachment. The film deliberately works to humanize its subjects. It shows that many Africans are aware of world affairs, investigates the difficulties of entrepreneurship in impoverished economies, and conveys the pain and resilience of those traumatized by civil war.” — Aguibou Y. Yansane, Prof. of International Relations and Director of African Area Studies, San Francisco State Univ.

“This is a first-rate documentary with significant educational benefits. The film succeeds remarkably well in combining the informal with the in-depth, the local color/culture with the broad international framework, the spontaneous with the well-staged. The interviews with a range of Africans probing their views on the United States are sensitive and yet penetrating, and the answers both revealing and at times surprising. The exploration of the economics of life and work, and of the role in West Africa of local citizens´ initiatives and NGOs is both original and searching. The interviews with Sierra Leone amputee victims of the civil war are both deeply moving and politically significant. Any serious scholar of international relations and particularly of relations between ´the West´ and Africa should watch this movie.” — Jolyon Howorth, Visiting Prof. of Political Science and International Affairs, Yale Univ., and Jean Monnet Prof. of European Politics, Univ. of Bath

“I use Part Two of the film, “How Do You Make Your Dalasi?,” at the beginning of my course on African development. The students really appreciate the opportunity to see the workings of a real African marketplace. It genuinely brings the marketplace alive for the students. I am able to use what the students see in the film as points of reference for a number of different subjects throughout the semester. I plan to use the third part of the film on community development this year in my class to provide my students with a sense of how community development projects work. If I were teaching a political science course or one that considered issues of reconciliation, I would definitely show the section on Sierra Leone. It examines with real poignancy issues of reconciliation that exist in a country wracked by conflict.” — Jeremy Foltz, Prof. of Agricultural and Applied Economics, Univ. of Wisconsin, Madison

Additional material may be found at the producer´s web site, at http://www.dakartoportloko.com