Displaced in the New South 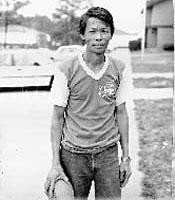 In 1980, there were a few thousand Asian and Latino immigrants in Georgia. By 1994, there were more than 300,000. This remarkable documentary explores the cultural collision between Asian and Hispanic immigrants and the suburban communities near Atlanta, Georgia, in which they have settled.

The film provides an informative, sensitive, and insightful case study of a widespread trend that is bringing explosive political upheaval all across America: waves of people, mostly from Asia and Latin America, coming to cities, small towns, and suburban communities that have never before experienced immigration on such a scale.

“Displaced in the New South” is an exemplary case study and essential viewing for anyone interested in the New South and for any course dealing with contemporary American history and culture, social issues and problems, culture change and identity, or immigration and multiculturalism. It was produced by David Zeiger and Eric Mofford.

“The best treatment of the emerging ethnic and cultural complexity of the ´New South´ that I have seen. In the classroom the film provokes intense discussion. The film´s fast and colorful pace mirrors the pace and impact of new populations on Atlanta and its people as Phad Tai and Mole mix with Grits and Collard Greens.” — Arthur Murphy, Chair, Dept. of Anthropology, Georgia State University

Offers a sobering, candid, and often poignant look at a situation that seems destined to continue, no matter how popular political correctness becomes. — Alison Macor, The Austin Chronicle