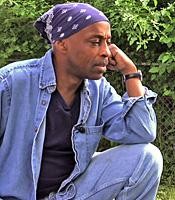 In Detroit, the most segregated American city, vast stretches of boarded-up storefronts and weed-choked lots evidence decades of white and middle-class flight from the black central city. In the last 60 years, Detroit has lost more than half its residents, falling from a zenith of two million in the ’50s during its heyday as an automotive mecca to a population of 700,000. After decades of factory layoffs and amid aftershocks of the current economic crisis, more than a third of Detroit’s remaining population and nearly half of its children live below the poverty line. Twenty-nine Detroit schools closed recently, and nearly half of the city’s adults are functionally illiterate.

Particularly hard hit are Detroit’s men, with an unofficial unemployment rate hovering near 50% and a third incarcerated or on parole. Not surprisingly, Detroit, which recently came in first on Forbes magazine’s “Miserable Cities Index,” is viewed as the national reference point for all that has gone wrong in the urban landscapes of America.

But abandonment and decay are not the only stories in the poorest, most dramatically shrinking major American city. Detroit is also a tale of ingenuity and reinvention born of necessity. This thought-provoking and richly discussable documentary profiles a number of the original and creative individuals who are finding ways to survive in a time of turmoil.

This is the story of how, in an economic climate apparently designed to ensure their failure, some resilient men find work on their own terms, get food and shelter, and raise their children — often making up the means to do so as they go along.

Men at Work focuses on eight essentially well-meaning men and explores their efforts to improvise a reality that succeeds for them. Although their survival strategies are largely “off the books,” most have been willing, even anxious, to tell their stories. In one example, a handyman gives a new slant to the concept of “living off the grid,” as he explains the dangerous process by which many residents jury-rig utility meters to pirate electricity and gas. Like many others he knows, he is a squatter in a bank-foreclosed home and says of himself: “I’m not in the system. I don’t exist.”

There are stories, too, of recycling and reassembly, but not in the sense that the mainstream uses these terms. A craftsperson pulls down the cornice moldings and copper wiring from an abandoned house and fashions them into tables and sculptures, selling the leftovers on the junk market. This is what day-to-day life looks like in many Detroit neighborhoods — the reassembly of a city, being piloted solo and without a map or navigation system. Men at Work provides viewers an opportunity to hear these stories told in the voices of those who live them and listen, for once, to the full explanation.

Men at Work will open students’ eyes and hearts to stories ignored by the mainstream media and hidden from the national consciousness. It will inspire thought and discussion in a wide variety of classes in sociology and social issues, ethnic studies, urban studies, psychology, social work, and gender studies. It was produced by H. James Gilmore and Carolyn Kraus for Acadia Pictures, Inc.

“A remarkable, beautiful film that portrays the strength, dignity, resistance and creativity of a large segment of Detroit´s population: those who are in danger of being written out of the narrative of the city´s future. The film provides a superbly crafted series of portraits that vividly depicts Detroit´s other creative class.” — Bruce Pietrykowski, Prof. of Economics and Director, Urban and Regional Studies Program, Univ. of Michigan, Dearborn.

“This outstanding film tells a genuine story about how people make a living under circumstances not of their own choosing, seizing opportunity in the shadow lands of legality.” — Martin Murray, Prof. of Urban Planning, Univ. of Michigan (Ann Arbor)

“This invaluable educational tool tells the real story of Detroit — not the one that is portrayed by the popular media but the one that is experienced and lived by the city´s residents and citizens. It is not a film about economic indicators but one of alternative economies enabling residents to cope and to preserve a sense of hope.” — Dr. Harold Bauder, Academic Director, Ryerson Centre for Immigration & Settlement, Associate Professor, Ryerson Graduate Program in Immigration and Settlement Studies and Dept. of Geography, and Editor, ACME Journal (an online international journal for critical analyses of the social, the spatial, and the political)