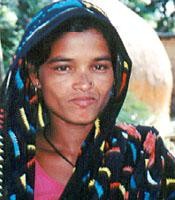 The Grameen Bank in Bangladesh has lent $2 billion to Bangladeshi women in the form of small business loans, usually of $100 or less. This remarkable documentary explores the human face of this micro-lending experiment that has transformed the lives of millions of Third-World women and their families.

The film focuses on the everyday life of of 18-year-old Selina, a mother of two. She was forced into child labor at age seven because her parents were too poor to feed her. Her parents arranged her marriage at age twelve and sold their land for dowry, leaving themselves as beggars when her father lost his eyesight. Now Selina is one of 2.5 million impoverished Bangladeshi women who are reshaping their lives and building a stronger rural economy through small businesses they start with loans (in Selina’s case, of $60) from the Grameen Bank. As the film captures the seemingly endless drudgery of her life, Selina reflects on key issues facing her, such as dowry, birth control, education, housing, and her children’s futures. Selina’s endurance through enormous hardships and her irrepressible hope create an unforgettable portrait of risk-taking, struggle, and activism.

“Sixteen Decisions” refers to a 16-point social charter developed by poor Bangladeshi women and instituted by the Grameen Bank to encourage fundamental community and personal change. The charter encourages discipline, unity, courage, and hard work in all aspects of the women’s lives, promotes such social changes as the end of the dowry system and child marriages and the institution of universal childhood education, and calls for the women to practice birth control, keep their children and the environment clean, grow and eat vegetables year-round, and purify the water they drink. Grameen Bank founder Dr. Muhammad Yunus provides commentary on the bank’s policies and economic and social vision, and articulates the widespread changes wrought by its micro-lending practices.

“Sixteen Decisions” will generate discussion in a variety of classes in women’s studies, anthropology, economics, development issues, and Asian studies. It was produced by Gayle Ferraro.

"A choice classroom addition that stimulates provocative discussions on the fundamental dilemma of development: how to preserve culture, language, and traditional values while at the same time embracing opportunities deemed beneficial and positive. I highly recommend the film for courses introductory anthropology, sociology of development, women´s studies, and international micro-economics." — Prof. Eileen Moore Quinn, Depts. of Anthropology and Women´s Studies, Massachusetts Institute of Technology

"A powerful documentary on how micro-finance institutions such as the Grameen Bank can change the lives of the poor. By focusing on one woman, the film makes the viewer an almost intimate part of her destiny, her dreams, her fears, and of the reality of daily life in rural Bangladesh. While the film touches the viewer emotionally, it manages to challenge us intellectually as well. Students of development, anthropology, and sociology will be inspired to better understand how social structures affect individual choices, while classes in game theory, decision analysis, and finance will want to analyze the incentives allowing people without physical collateral to get access to a much-needed resource, money. This is the kind of film which could and should enrich many classrooms all over the world." — Iris Bohnet, Asst. Prof. of Public Policy, Kennedy School of Government, Harvard University

"I enjoyed this film tremendously. It is a superb addition to the women´s studies and cultural studies classroom and invites analysis, reflection, and discussion of the power of gender ideology in culture on many different levels. The beauty of the film is that it does not judge or interpret. Students will initially be able to approach the film as simple information about women whose lives are completely different from their own and yet so recognizable , and subsequently explore the gender and class issues brought out by the reactions of the women to being filmed, Selina´s story of her life and marriage, the Grameen bank´s recognition of the social power of women, the shape family power structures take in reaction to the bank´s intervention, and, perhaps most important, the women´s acceptance of gender and class inequalities as norm — so alien to American ´rights´ consciousness." — Pleun Bouricius, Lecturer in Women´s History, Harvard University

For more information about the film or about its producer, Gayle Ferraro, please visit www.aerial-productions.com.