The Pornography of Everyday Life 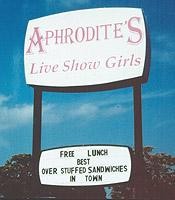 This trenchant and provocative documentary essay will generate thought, analysis, and discussion in a wide variety of courses in women’s and gender studies, psychology, sociology, and popular culture. It incorporates more than 200 powerful images from advertising, ancient myth, contemporary art, and popular culture to demonstrate how pornography (defined as the sexualized domination, degradation, and objectification of women and girls and social groups who are put in the demeaned feminine role) is in reality a prevalent mainstream worldview.

The film illustrates how the pornographic worldview is a generally accepted discourse, a habitual mode of thinking and acting that underpins not only sexism, but also racism, militarism, physical abuse and torture, and the pillaging of the environment. As such, pornography appears not only in overt, “hard-core” forms, but also in virtually every aspect of everyday life.

As the film illuminates, even though pornography is generally thought to be the opposite of religion, it actually is an irrational belief system analogous to a religion. Like much patriarchal religious tradition, pornography is shown to be misogynistic and homophobic, and defines sex as “dirty” or debased and the opposite of the mind or spirit.

Pornography is also shown to support the worst tendencies of patriarchal religions by appropriating previously sacred and potent images of women, sex, goddesses, and the feminine principle, colloquially known as Mother Earth or Mother Nature, and then ritually profaning and defaming them. This works not only to demean women but to justify and legitimize male divinity and worldly authority.

The film concludes by suggesting alternatives and by illustrating how visionary thinkers and artists resist the pornographic worldview by re-imagining and restoring respect to eroticism, female sexuality, and the female divine, and by calling for new understandings of sexuality, nature, and society.

The Pornography of Everyday Life is a superb and invigorating cultural exploration that will stir thought and engender classroom debate. It was written by and features Jane Caputi, Prof. of Women’s Studies at Florida Atlantic University, and produced by award-winning filmmaker Susan Rosenkranz.

“This film is an astonishing eye-opener! It describes the pornographic imagination as ´the prevailing worldview´ and backs up that claim with hundreds of images from numerous sources of popular culture. Thus, the film never claims to distinguish between ´hard-core´ and other pornographically sexualized representations, but rather shows the seamlessness of culture industries. Better than any film I´ve seen or book I´ve read, this film decalcifies abstract arguments about essentialism and reductionism by letting viewers see with their own eyes both the infinite fluidity and utter consistency of the production and reproduction of oppressions. I used this film in a survey class on Gender and Law, and I do not exaggerate in saying that the smog lifted before us. The law, no more than the average citizen, ordinarily connects popular representations of pornographic sexuality with religion, racism, environmental outrage, militarism, and the cult of death. Many of these law students exclaimed that this film changed their understandings of the law and even their lives. This horizon-disturbing experience is vital for students in all disciplines. If that is what teachers are looking for, Jane Caputi puts it all together, with her encyclopedic knowledge of popular culture, her insights into intellectual histories, and her characteristic eloquence and passion.” — Ann Scales, Assoc. Prof., Univ. of Denver Law School

“In arguing for the existence of a pornographic worldview — something that permeates our everyday lives — this video give us the tools to see the connections between pornography, war, and the destruction of the earth. But it doesn´t just show the horrors of this worldview and what it does to women, men, sexuality, and the earth. It goes a step further, sharing acts and images of resistance designed to invoke an alternative worldview, one in which sexuality is restored to its original power as a creative, divine force. The film illuminates the pervasiveness of pornography but also the possibilities for undoing pornography and creating instead a truly respectful and liberated worldview.” — Karen A. Foss, Prof. of Communications and Women Studies, Univ. of New Mexico