Waiting to Inhale: Marijuana, Medicine and the Law 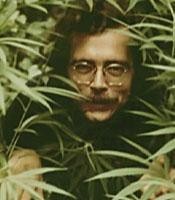 This provocative and powerful documentary explores the conflict over the legalization of medical marijuana in the United States. Ten states have passed legislation permitting the use of medical marijuana. Yet all marijuana use, cultivation, and possession — for any reason — remain illegal under federal law.

Produced with great sensitivity and compassion by noted documentarian Jed Riffe, “Waiting to Inhale” investigates a world in which critically ill patients are arrested at gunpoint for growing the only effective medicine for relieving their pain. These patients speak eloquently of the relief that marijuana has provided them from the debilitating symptoms of terminal illnesses, and question why the federal government continues to resist studies of marijuana’s medicinal properties when significant clinical evidence supports its efficacy in treating symptoms of cancer, epilepsy, AIDS, multiple sclerosis, and glaucoma. In response, the government contends that the movement to legalize medical marijuana is merely a smoke screen for the legalization of marijuana altogether.

“Waiting to Inhale” takes the viewer from underground pot clubs to the United States Supreme Court, and from Israeli science labs to government-approved marijuana gardens outside London. It features leading experts and researchers from all over the world on both sides of the controversy over the therapeutic potential of marijuana. The film also surveys the history of cannabis use and attitudes toward the drug in America, and examines the results of the first major scientific study of medical marijuana to take place in more than 30 years, currently in progress at the University of California, San Francisco. This groundbreaking research, led by Dr. Donald Abrams, tests the ability of marijuana to provide pain relief for patients with HIV and cancer and has added an important new dynamic to the debate over legalization.

“Waiting to Inhale” sheds new light on one of America’s most contentious conflicts. The film will engage students and generate thought and discussion in a variety of courses in sociology, psychology, American studies, public policy, public health, medicine, and law. It was produced by award-winning filmmaker Jed Riffe. It is closed-captioned.

"Educators will find this a moving depiction of medical marijuana users that gets students thinking about the human costs of prohibition. It´s sure to generate discussion." — Mitch Earleywine, Assoc. Prof. of Psychology, University at Albany, SUNY, author of Understanding Marijuana: A New Look at the Scientific Evidence

"A balanced, thoughtful, and thought-provoking look at the issues surrounding the medical use of marijuana. Through interviews with patients, medical doctors, researchers, concerned parent groups, government officials and spokespersons and others, this documentary illuminates the political agendas, economic interests, and ideology that have subverted scientific inquiry and shaped public policy. This is a must see!" — Susan P. Robbins, Ph.D, LCSW, LCDC, Associate Professor, University of Houston Graduate School of Social Work

"A sensitive, balanced exploration of an issue which has been politicized and polarized beyond reason. The facts — and emotions — are presented in an engaging, informative manner, and this film should be widely seen — especially by legislators and opinion leaders." — Steve Heilig, Education Director, San Francisco Medical Society

"Jed Riffe´s documentary ostensibly is about medical marijuana and the individuals who require it to ease a variety of ailments. But it´s also a methodical and damning denunciation of this country´s drug policy." — Robert W. Butler, in the Kansas City Star