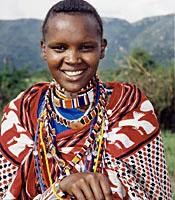 This thought-provoking and much-acclaimed documentary sensitively explores the cultural context of female genital-cutting practices among the Maasai. The film was re-edited with extensive new material and an additional half-hour of extra commentary in 2014. It will stimulate discussion and reflection in a wide variety of courses in cultural anthropology, women’s and gender studies, African studies, and development studies.

A mother and her two daughters discuss their feelings about circumcision (excision) and its meaning in their lives. The three women discuss their experiences from the perspective of three different stages of the life cycle: Alice, a young woman (enkitok), looks back eleven years to the time when she became a woman. Sikaine, a shy, giggly 14-year-old girl (entito), enjoys the attention of her family and community as she anticipates undergoing the procedure, which she has seen performed on other girls. Tipaya, the mother, is a post-menopausal woman (entasat); she remembers her surgery from several decades back.

The film follows Sikaine through all aspects of the process except the surgery itself. She is shaven in preparation for the surgery; neighborhood girls crowd around the window of the room where Sikaine´s operation is going on; immediately after the surgery, Sikaine stands and walks to the bed where she smiles proudly as she lies down to rest while the elders sing in her honor.

Both Alice and Tipaya offer interesting comparisons of the pain of circumcision and that of childbirth. These engaging women make their perspective on excision comprehensible to western audiences, who are seldom exposed to positive commentary on this practice. The film provides viewers with a new respect for the women who bravely endure this painful surgery.

This re-edited version of the film is 50% longer than the original version released in 2002 and it now is authored for DVD by the filmmaker. This version provides a new post-excision interview with Sikaine, deeper discussions of childbirth by both Alice and Tipaya, new translations of the parents’ blessing ceremony, and 29 minutes of additional new DVD “extras” including Alice discussing relations between warriors and girls, rules of respect, women’s work, wives and their husband’s agemates, giving birth, animal ownership, and the changes in Maasai culture she foresaw.

This is the first in a developing series of films (see also Making Maasai Men: Growing Courage Toward Circumcision) on culture change among the Maasai of Kenya at the end of the 20th century. The two films together illustrate the important differences between the contexts of female and male genital-cutting among the Maasai.

Customers who purchased the original version of the film who wish to upgrade to the new version should phone or email us directly for special pricing available.

“An excellent film for teaching and talking about the controversial subject of female circumcision. Short, engaging, and direct — we hear and watch Maasai women discuss their own feelings and experiences, without layers of scholarly interpretation and judgement. The multi-generational perspectives, and the comparisons some women make between the pain of childbirth and circumcision, contribute to the debate in insightful ways. A must-see film for courses that explore women and gender in Africa.” — Dorothy L. Hodgson, Assoc. Prof. of Anthropology, Rutgers University

“Let me begin by saying how much I enjoyed seeing this new version of the film. This longer version makes the film even better than it was originally since it sheds additional light on some of the key issues it addresses. It is a wonderful film that provides a great deal of insight for nuanced classroom discussions of personhood, identity, cultural meaning and change, and consent, and I hope many others use it in their courses!

I have used the original film often in my classes. Female circumcision is often used as the pinnacle example of a practice that breaches any argument about cultural relativism. To honestly engage in this debate, it is important for students to move beyond images created by activists and circulated in the media painting people who embrace this custom as savage, inhumane, and oppressed. What I really like is that the film has given these three women the freedom to express their views on female circumcision without foregone condemnation of the practice. This allows us to see how and why the practice is meaningful and valued by them. One thing I try to draw students´ attention to is how the three women describe changes in the practice — that it is now done at younger ages, the foods prepared for the attendant celebration have changed, etc. This challenges static images of the practice (that it is deeply rooted, entrenched, unchanging). It shows how cultural practices are negotiated and modified over time as social and cultural contexts change. This is much easier to see in this new, longer version of the film, and will be very useful for students to see. The “extras” that have been added also draw attention to how other practices are negotiated and modified over time — warriorism, arranged marriage, sexual codes, education, and clothing, just to name a few.

The other thing I particularly appreciate in both the original and this extended version of the film is the way the women are allowed to express their pride in having undergone female circumcision. This is very useful for students to see before we enter into debates about the issue of whether women can give meaningful consent before undergoing this procedure. The answer is, of course, not black-and-white, but drawing on the material in this film brings students to a much more nuanced discussion. In this extended version, for instance, it is much more clear that Alice was not allowed by her father to continue with her education. This adds an important dimension to the consideration of consent, given that an alternative option for a secure future was not open to her.” — Bettina Shell-Duncan, Professor of Anthropology and Public Health, University of Washington, co-editor of Female Circumcision in Africa: Culture, Controversy, and Change.