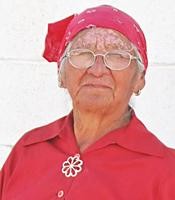 Filmed amid the dramatic landscapes of the Navajo reservation lands in eastern Arizona and western New Mexico, this multifaceted documentary incisively explores the profound relationships between the Navajo people, their land, and their livestock, and illustrates how their environment sustains their traditional culture and lives. The film also examines how environmental issues now threaten the Navajo’s health, culture, and well-being.

Deadly uranium mining and dirty coal power plants pose serious problems for the Navajo. Much of the nation’s uranium and valuable deposits of coal, gas, and oil lay beneath the Reservation, yet one-third of Navajo homes are without electricity. The Navajo live with all of the negative health and environmental impacts of these resources, yet share in few of the benefits derived from them.

Woven Ways is an unusual documentary in that it allows Native Americans to tell their stories in their own words, with no script and no narration. It is a character-driven film that focuses on the individual stories of five Navajo families and the empirical evidence they gather each day from a life lived close to the earth. The film chronicles the resilience and steady resolve of these families to preserve their way of life and defend what is sacred to them – the land, air, and water – not just for themselves, but for generations to come.

With its sensitively captured imagery and its compelling first-person testimonies, Woven Ways will inspire students and motivate thought and classroom discussion. The film will make a timely and important contribution to a variety of classes in Native American studies, cultural anthropology, sociology, American studies, Public Health, and environmental issues. It was produced by Linda Helm Krapf.

"This insightful and compelling film is a notable resource for educators and students in a variety of disciplines. It covers key issues impacting the Navajo Nation in the 21st century, including the consequences of uranium mining and other natural resource exploitation on the Navajo´s cultural continuance. Highly recommended!" – Lloyd L. Lee, Asst. Prof. of Native American Studies, University of New Mexico, and Book Review Editor, American Indian Quarterly

"A valuable addition to the educational tools available regarding the impact of energy production and resource exploitation on the Navajo people. Wisely leaving aside the standard documentary narrator, this outstanding film lets the Navajo people, by their actions and words, speak for themselves. The film contrasts sheep-herding and weaving as a way of life with the environmentally destructive power plants and coal and uranium mining that outside interests profit from. The Navajo who provide commentary on screen range from soft-spoken to angry, but they are always genuine. Having grown up on the Navajo reservation, I can say from experience that both the tone and the images presented in the film accurately and compellingly capture the life of the people there." – Doug Brugge, Assoc. Prof. of Public Health and Family Medicine, Tufts University

Additional information may be found at the producer´s web site, http://www.wovenways.org/